To be able to manufacture the increasing number of complex furnace plants from the industrial sector, Nabertherm started to expand the production area in March 2021.

The official opening of the last production extension - internally called "B5" - took place in April 2017. 120 invited guests celebrated with us and questions came up how long it will take to fill the entire hall with production life. After four years Nabertherm is again reaching the limits of its capacity. We are proud to announce that the growth of the last years meant that the production hall quickly paid off and further expansion is now on the horizon.

Planning for the further expansion of the production area already started in 2019. Due to the corona pandemic and the general uncertainty associated with it, the start of construction had to be postponed initially.  But now we start! “Despite the still unsatisfactory situation in our order intake, we are noticing that there is a lack of space in the production and some office areas. Even more important: we want be prepared for the expected new furnace investments of our customers, especially of our industrial customers”- said Managing Director Timm Grotheer to the workforce.

The existing hall will be expanded with “B6” section by a production area of 3,600 m². Construction works started at the beginning of March 2021. Like the existing building, the hall is 13 meters high and will have a crane of 20 tons. This means that production is ideally equipped for customer-specific industrial projects. The number of complex plants for thermal process technology in industrial applications has increased further in recent years. With the expansion of the production facility, the prerequisites for an expansion of this business area are now being created. The commissioning of the new hall is planned for the end of this year. After the new production hall has been finished - which will also result in additional office space - an in-house reorganization of production areas and corresponding internal relocations will follow.

Nabertherm is confident that it will be able to continue its successful growth story with the capacity expansion and thus continue to position itself as a relevant employer in Lilienthal and the Bremen economic region.

Timm Grotheer hopes that the filling of the new hall structure will be as fast as it was four years ago: “We are relying on overcoming the pandemic in the manufacturing industry worldwide and on supplying other international customers with our heat treatment furnaces “Made in Germany ”. 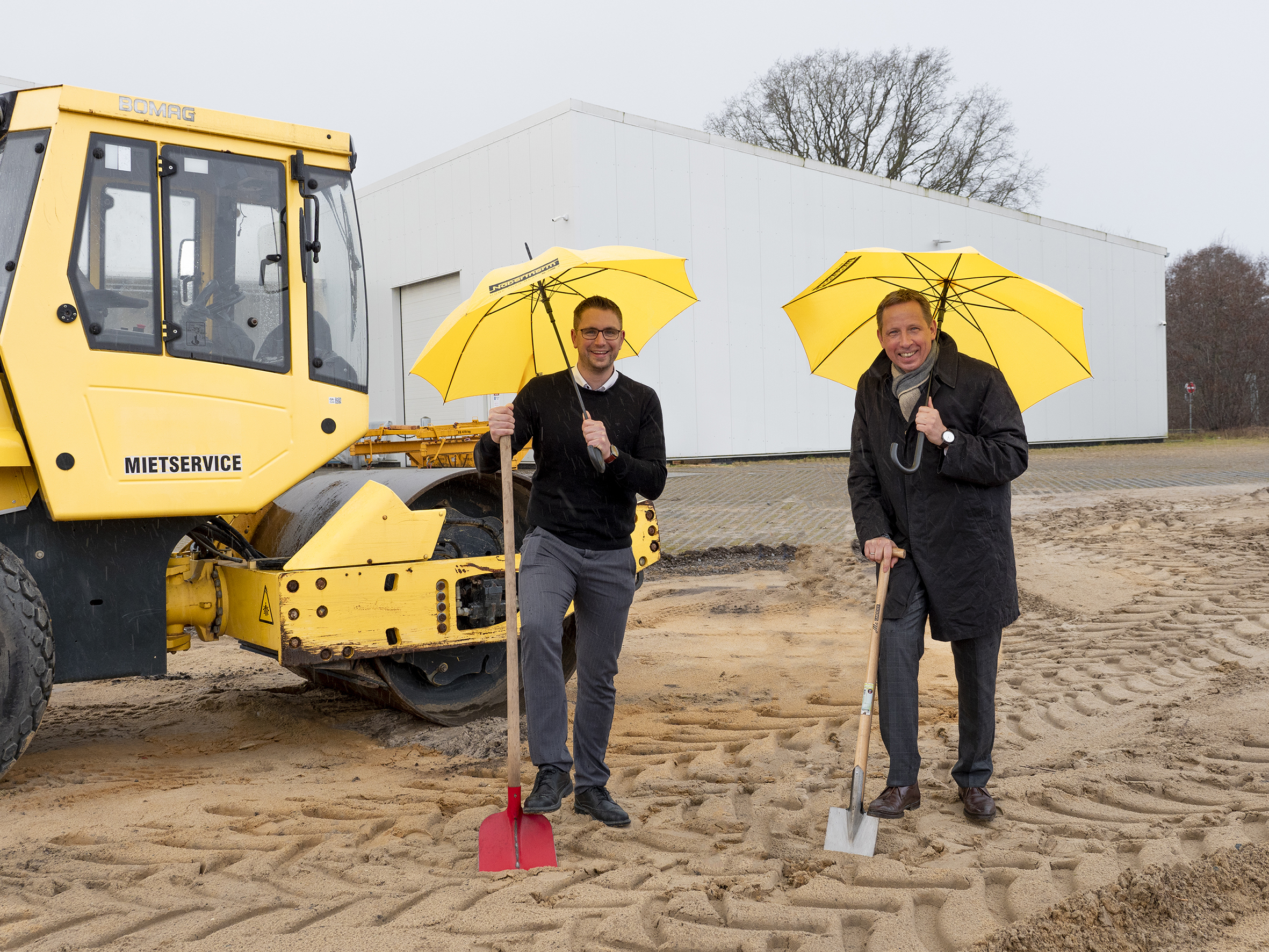